7 FreeCell Strategies to Win The Game 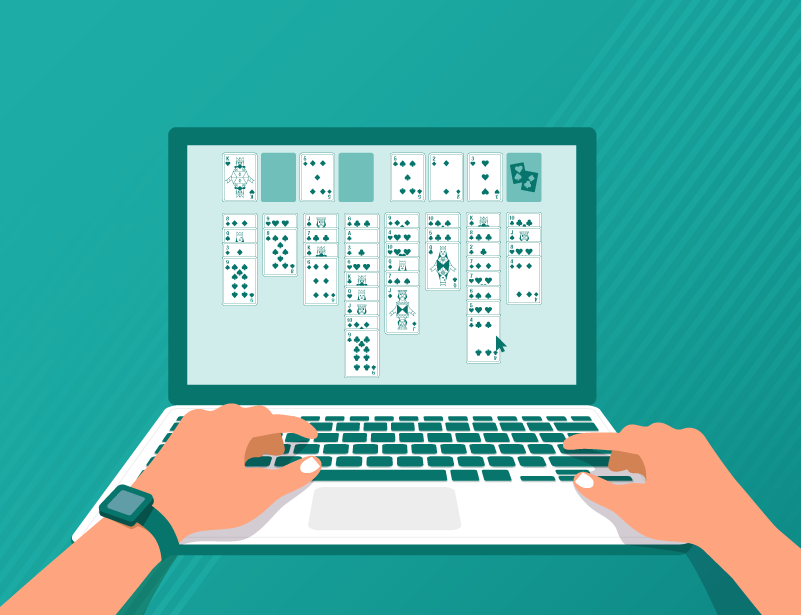 Most people are familiar with Solitaire, but this classic card game has many variations. One variant is FreeCell Solitaire. It differs from Classic Solitaire, also known as Klondike Solitaire, mainly because it’s an open game, meaning all the cards are dealt face-up from the start.

If you’re unfamiliar with the FreeCell Solitaire game, you might want to try to play Solitaire first to understand how the game works.

Although most FreeCell games can be won, they can still be challenging. This post covers how to play FreeCell and, more importantly, how to win using some helpful FreeCell strategies.

Look over the tableau columns (the cards layout) to see where aces, twos, and threes are so you can determine how to move to free up these cards. These low cards begin your home cells, known as foundation piles in Solitaire, starting with aces and ascending in rank. So, moving those from the tableau at the start of the game can be helpful. 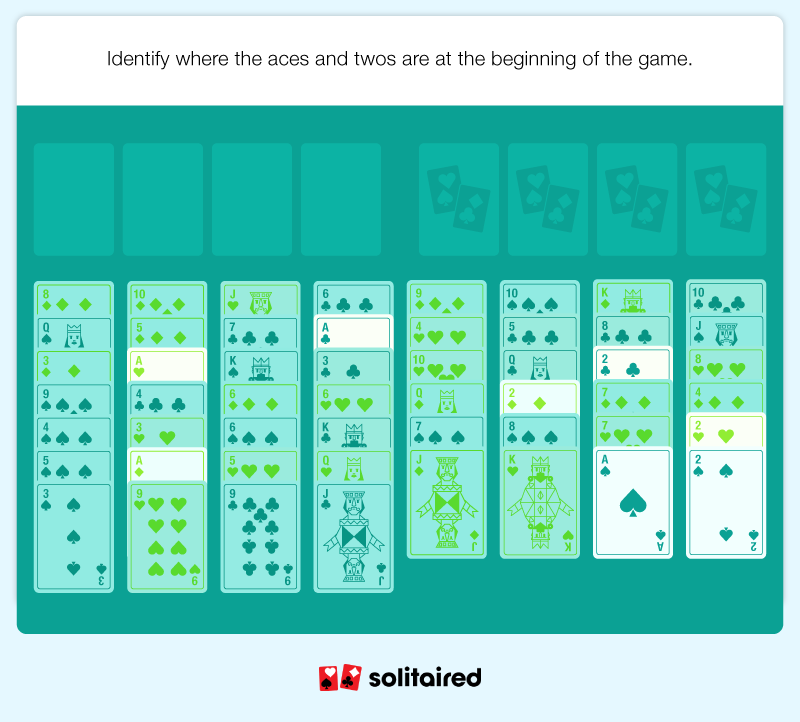 If aces, twos, and threes are in hard-to-reach places, try focusing on moves you can make to reveal them so you can begin building the foundation piles. Otherwise, if you just start moving cards without planning ahead, you may get stuck with no playable moves early in the game.

When you plan ahead, you can see how moving cards with purpose will allow you to continue your gameplay, so you prevent yourself from getting stuck. Aimlessly moving cards will make it difficult to play.

See what single cards you can move on the tableau that might free up large columns of cards and make the game more manageable. 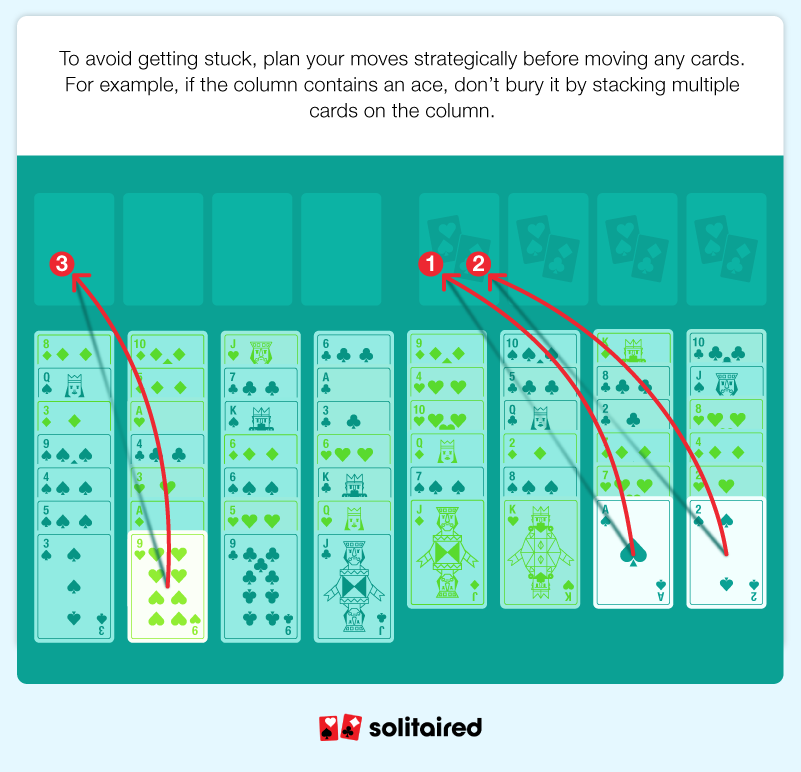 3. Free up aces early in the game

Freeing up aces early in the game allows you to begin building your home cells or foundation piles, the key to an empty tableau and winning the game. Foundation piles build their sequence of cards from ace to king, so unveiling and playing aces, as early as possible, will help you win.

Just don’t get so wrapped up in getting an ace that you work yourself into a corner. Pace your moves to uncover aces. Some aces may have to wait for a few moves before they are free. 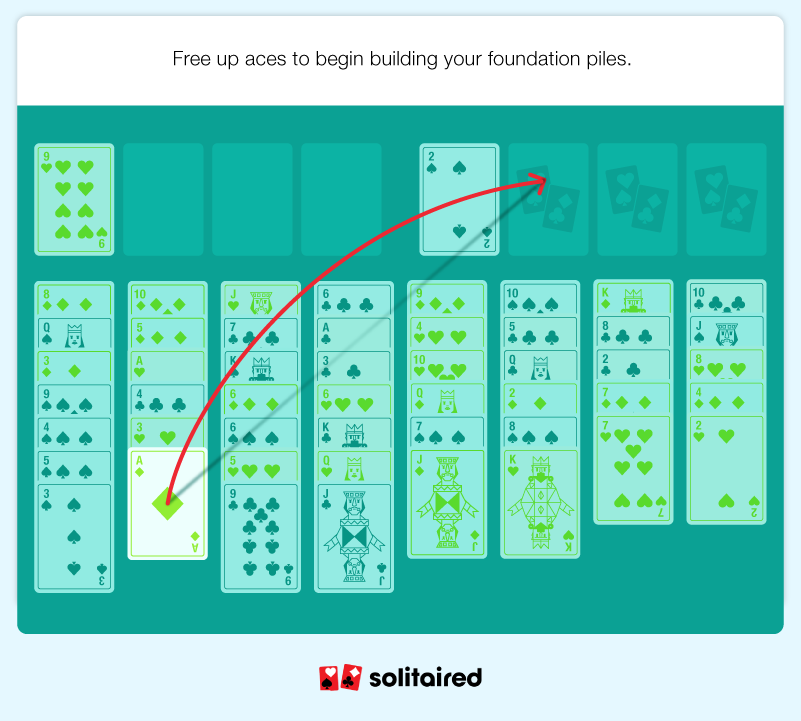 For instance, if you need to move a black three card that needs to be placed on a red four card, but you already moved the red four card to the foundation pile, you would have to wait for another red four to appear before moving the black three card, limiting your potential moves. 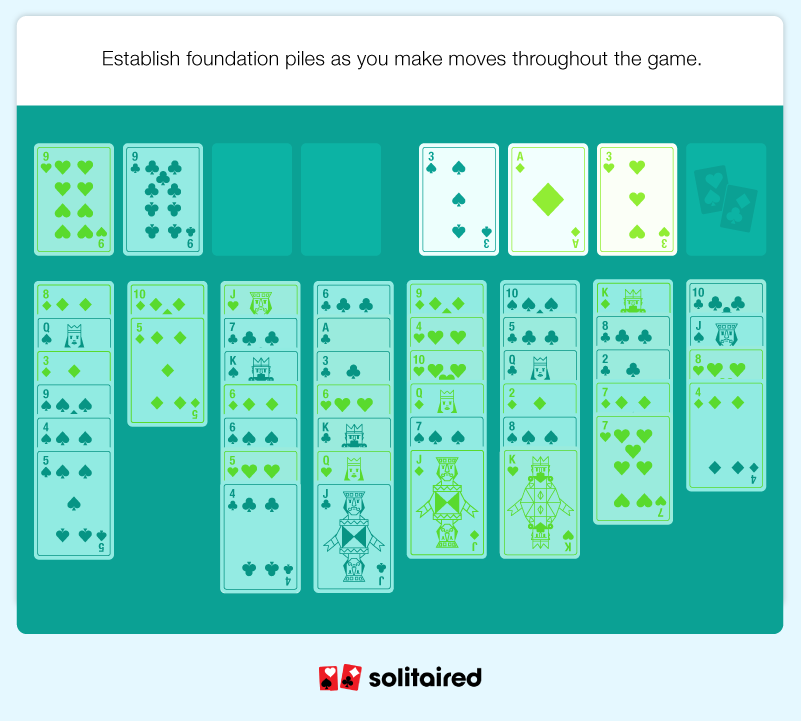 5. Use free cells only when you cannot make any moves

Use free cells only when you cannot make any other moves on the tableau. The free cells act like a temporary holding area that helps you continue playing and making moves.

For example, if a six of spades is blocking an ace of clubs and you cannot move the six of spades anywhere else on the tableau, you might consider using the free cell to free up the ace. Before you make that move, just look over the tableau to see how many moves you might need to make before you can put the six back onto the tableau or the home cells. You don’t want to let cards sit in free cells for too long because it limits your moves. 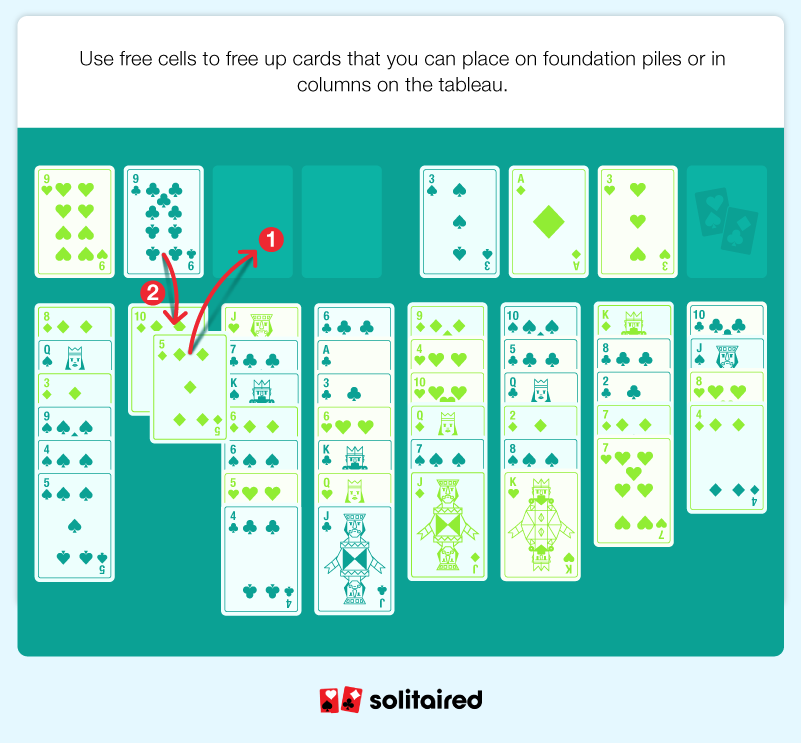 6. Free up columns for more moves

If you have multiple options on the tableau, prioritize moving cards from columns with many cards. This way, you can free up the cards underneath that you need to use to continue playing. This is especially effective if you can clear a column completely to have an extra free space.

You can achieve this by moving multiple cards at once that are in a long column, such as a queen, jack, ten, nine, and eight to a king in a different column. Or you might move several single cards that aren’t in order from a larger column. The larger the column, the more moves you have tied up in cards that aren’t free.

If you create an empty column, you should do your best to start the empty column with a high card, like a king, so you can build a longer sequence and free up as many cards as you can to keep play going. 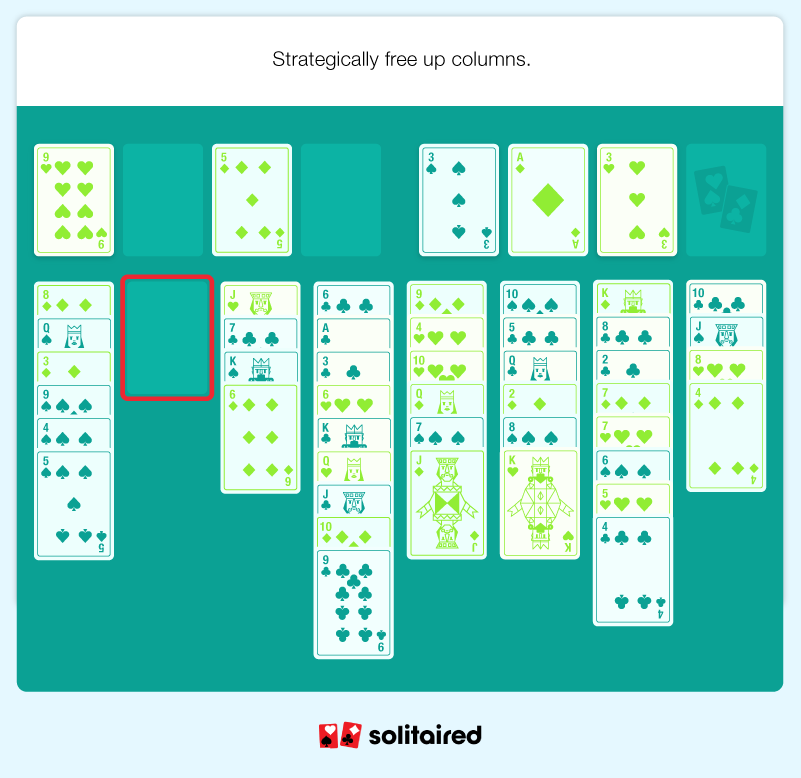 7. If you get stuck, use the undo button

Online versions of FreeCell have an undo button, which can help if you get stuck and want to try out different options. Using the undo button can help you see where moving certain cards might lead you and help you brainstorm other options if you end up getting stuck after making a wrong move.

For example, if you put an eight of diamonds into the foundation pile too early, you could use the undo button to instead move it to free up a nine of hearts that you can then play on a ten of clubs.

So the next time you play a game of FreeCell, or if you’re a total beginner, use these FreeCell strategies to up your gameplay and help you win.

If you want even more options, check out Solitaired for 500+ online games. There are lots of different Solitaire card games, like Spider Solitaire and Pyramid Solitaire, and tons of other card games, too—so once you win FreeCell, you can try something new!