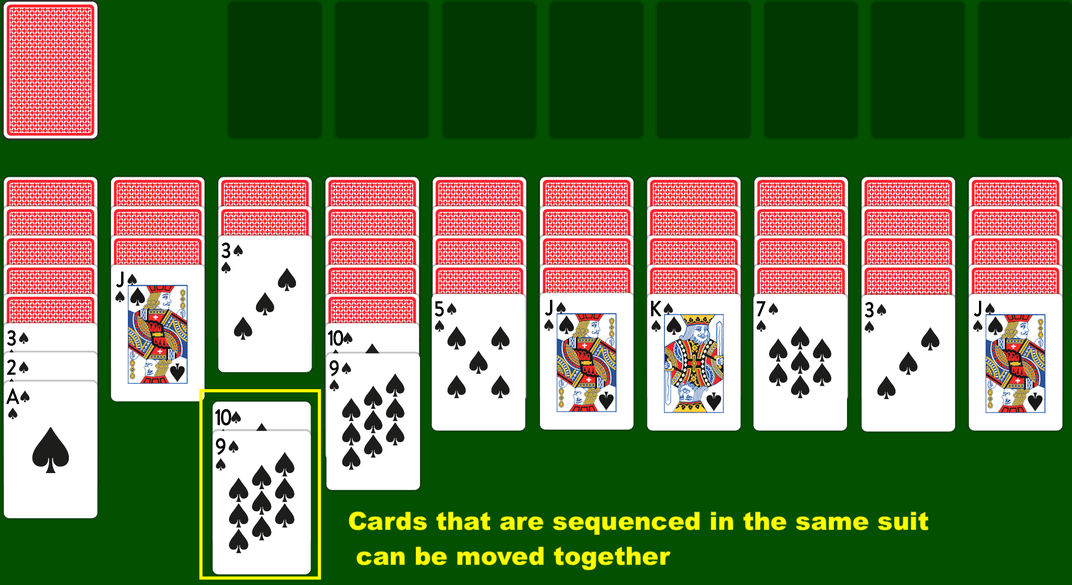 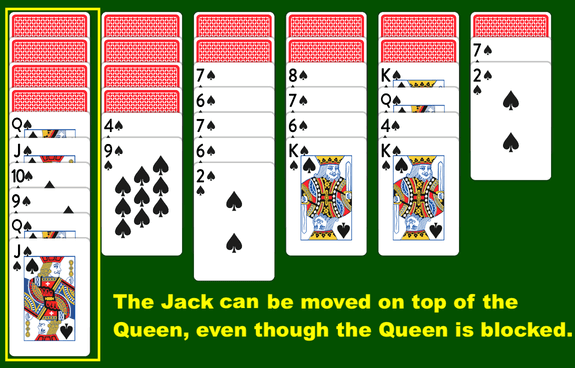 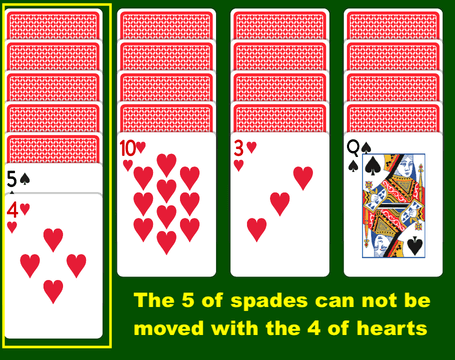 For more details, check out our guide on how to play Spider Solitaire.

How is the score calculated in Spider Solitaire?

There is no universal methodology for keeping score in Spider Solitaire. Instead, each place you play the game will have their own unique scoring system. For example, if you play the Window version, you start with 500 points. Every move is a point deduction and everytime you complete a foundation you get 100 points.

In our game, we measure your score based on your total moves and total time. The less moves you make and the less time you spend completing the game, the better your score will be!

What are the chances of winning Spider Solitaire?

Similar to classic solitaire, you can not win all hands of spider solitaire. We estimate the win percentage of 1 suit spider solitaire at 55-65%, 2 suits at 20-25%, and 4 suits around 5-10%. The more suits you play with, the harder the game is. If you’re worried you're going to be stuck on a game you can’t beat, at Solitaired, we allow our users to play games that are winnable.

If you're looking for more fun, try Classic Solitaire, FreeCell, or our other 500+ free games.